Study in the Philippines

Facts about the Phillipines

The Philippines (Filipino: Pilipinas), officially the Republic of the Philippines (Republika ng Pilipinas; RP), is an archipelagic nation located in Southeast Asia, with Manila as its capital city. The Philippine archipelago comprises 7,107 islands in the western Pacific Ocean, bordering countries such as Indonesia, Malaysia, Palau and the Republic of China, although it is the only Southeast Asian country to share no land borders with its neighbors.

The Philippines is the world’s 12th most populous country with a population approaching 87 million people.[3]

Its national economy is the 47th largest in the world with a 2006 gross domestic product (GDP) of over US$117.562 billion.[3] There are more than 11 million overseas Filipinos worldwide, about 11% of the total population of the Philippines.

Today, the Philippines has many affinities with the Western world, derived mainly from the cultures of Spain, Latin America, and the United States. Roman Catholicism became the predominant religion, although pre-Hispanic indigenous religious practices and Islam still exist. The two official languages of the Philippines are Filipino and English.

The Philippines had trade relations with China and Japan and strong cultural ties with India through neighboring present-day Malaysia and Indonesia as early as the ninth to twelfth centuries.

Spanish rule brought political unification to an archipelago of previously independent islands and communities that later became the Philippines, and introduced elements of western civilization such as the code of law, printing and the calendar[11]. The Philippines was ruled as a territory of New Spain from 1565 to 1821, but after Mexican independence it was administered directly from Madrid. During that time numerous towns were founded, infrastructures built, new crops and livestock introduced, and trade flourished.

The Propaganda Movement, which included Philippine nationalist José Rizal, then a student studying in Spain, soon developed on the Spanish mainland. This was done in order to inform the government of the injustices of the administration in the Philippines as well as the abuses of the friars. In the 1880s and the 1890s, the propagandists clamored for political and social reforms, which included demands for greater representation in Spain. Unable to gain the reforms, Rizal returned to the country, and pushed for the reforms locally.

he Spanish-American War began in Cuba in 1898 and soon reached the Philippines when Commodore George Dewey defeated the Spanish squadron at Manila Bay. Aguinaldo declared the independence of the Philippines on June 12, 1898, and was proclaimed head of state. As a result of its defeat, Spain was forced to officially cede the Philippines, together with Cuba (made an independent country, the US in charge of foreign affairs), Guam and Puerto Rico to the United States. In 1899 the First Philippine Republic was proclaimed in Malolos, Bulacan but was later dissolved by the US forces, leading to the Philippine-American War between the United States and the Philippine revolutionaries, which continued the violence of the previous years. The US proclaimed the war ended when Aguinaldo was captured by American troops on March 23, 1901, but the struggle continued until 1913 claiming the lives of over a million Filipinos[14] [15]. The country’s status as a territory changed when it became the Commonwealth of the Philippines in 1935, which provided for more self-governance. Plans for increasing independence over the next decade were interrupted during World War II when Japan invaded and occupied the islands. After the Japanese were defeated in 1945, returned to the Filipino and American forces in the Liberation of the Philippines from 1944 to 1945, the Philippines was granted independence from the United States on July 4, 1946.[2]

The Philippines is a newly industrialized country with an economy anchored on agriculture but with substantial contributions from manufacturing, mining, remittances from overseas Filipinos and service industries such as tourism and, increasingly, business process outsourcing, to which it is known for having one of most vibrant BPO industries in Asia.[6][25] The Philippines is listed in the roster of “Next Eleven” economies.

The Philippines is a founding member of the Asian Development Bank, playing home to its headquarters. It is also a member of the World Bank, the IMF, the Asia Pacific Economic Cooperation (APEC), the World Trade Organization (WTO), the Colombo Plan, and the G-77, among others.[31]

Filipino culture is a fusion of pre-Hispanic indigenous Austronesian civilizations of the Philippines mixed with Hispanic and American. It has also been influenced by Arab, Chinese and Indianized cultures.[6]

The indigenous Austronesian civilizations of the Philippines are similar with those of its southern neighbors, Malaysia and Indonesia. As the early Filipinos carried on trade with other countries of Southeast Asia, many pre-Hispanic Filipino beliefs have profound influences from Hinduism and, to a lesser extent, Buddhism

The Hispanic influences in Filipino culture are largely derived from the culture of Spain and Mexico as a result of over three centuries of Spanish colonial rule through Mexico. These Hispanic influences are most evident in literature, folk music, folk dance, language, food, art and religion, such as Roman Catholic Church religious festivals.[6] Filipinos hold major festivities known as barrio fiestas to commemorate their patron saints

Names of countless streets, towns and provinces are in Spanish. Spanish architecture also made a major imprint in the Philippines. This can be seen especially in the country’s churches, government buildings and universities. Many Hispanic style houses and buildings are being preserved, like the Spanish colonial town in Vigan City, for protection and conservation.

Education in the Phillipines

In the Philippines, half of the foreign students come from East Asia, particularly from China, Korea, and Taiwan, according to the UNESCO.

While lots of foreign students are found anywhere in the world—like in US, UK, Germany, France, Australia, or Japan—some cannot ignore studying in the Philippines.

For example, Kwon Ka-young, a Korean university student who went to the Philippines last year to volunteer and study English said: “Studying in the Philippines helped me not only to improve my English skills but also to become more of a global citizen.” Aside from Koreans, an increasing number of Americans, Koreans, Taiwanese, Chinese, and other foreigners also pursue their education in the country.

Why do some 5, 000 foreign students study here in the Philippines? Few countries in Asia can match the country when it comes to providing quality education and fun at the same time.

As the world’s 3rd largest English-speaking nation, the Philippines provides huge knowledge resources, up-to-date instruction, and a multicultural learning atmosphere with its 93.9% literacy rate. It is home to a number of ISO-certified universities and 275 higher educational institutions identified as Centers of Excellence and Centers of Development. There are also several international schools in the Philippines which are on American, British, German, Chinese, French, and Japanese educational tracks.

The business and accounting schools in the country adhere to the US’ Generally Accepted Accounting Principles (GAAP) and International Financial Reporting Standards (IFRS) while the engineering and marine schools are included in the APEC Engineer Registry and International Maritime Organization (IMO) white list. Students are also guaranteed of getting training from more than 115, 000 teachers with master’s and doctorate degrees in the Philippines.

Foreign students do not only get the chance of earning excellent education, but they also find ways of enjoying their stay in the Philippines. After having serious lessons in their classrooms, they can relax by swimming, surfing, diving, and snorkeling in numerous pristine beaches anywhere, or unwind in some of the island’s heritage sites like the man-made rice terraces, marine parks, mountains, underground rivers, and other tourist hideaways that depict Asian and European architecture. If these are not the places for them, they can still enjoy hanging out in countless five-star hotels and restaurants, entertainment shows, shopping malls, and cafes.

The Philippines is known for its people’s hospitality and joyfulness. Visitors everywhere marvel at the way they are treated in each place they visit. They also enjoy the number of festivals that are held for every locality which reflects the country’s rich and diverse culture and traditions. The Korean student Ka-young added: “One of my greatest curiosities in the Philippines is why Filipino festivals last for a week because usually, Korean festivals take place for only two or three days. I enjoyed the fiestas mainly the Ati-atihan, where Koreans and Filipinos all became one by dancing, singing, and even drinking together.”

Studies also show that it is more affordable to study in the Philippines compared with other countries offering high quality education. It is because a person can live a modest lifestyle by only spending US$350 to US$500 a month.

To attract foreigners to pursue their education in the Philippines, the government prepared some programs to suit the students’ needs.

One of these is the ‘Philippine ESL (English as a Second Language) Tour Program,’ in which the study of English forms part of a structured tour package. Studying English becomes more exciting and fun through dynamic and creative ways of learning where participants get to interact, practice, and use English more often in real-life settings thru games, outdoor activities, excursions, and immersions. Aside from learning the English language, participants get to see the beautiful sceneries of the Philippine countryside and immerse with the local culture.

The duration of English courses vary depending on the needs and objectives of the student. Modules may range from one week to one month depending on the student’s level of proficiency. Participants can choose among the 21 bi-authorized English language learning centers spread all over the country.

Why Study in the Phillipines 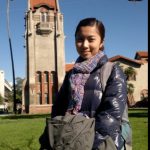 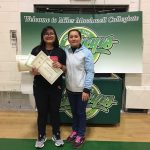 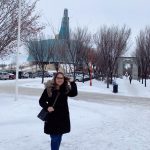 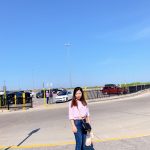 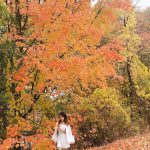